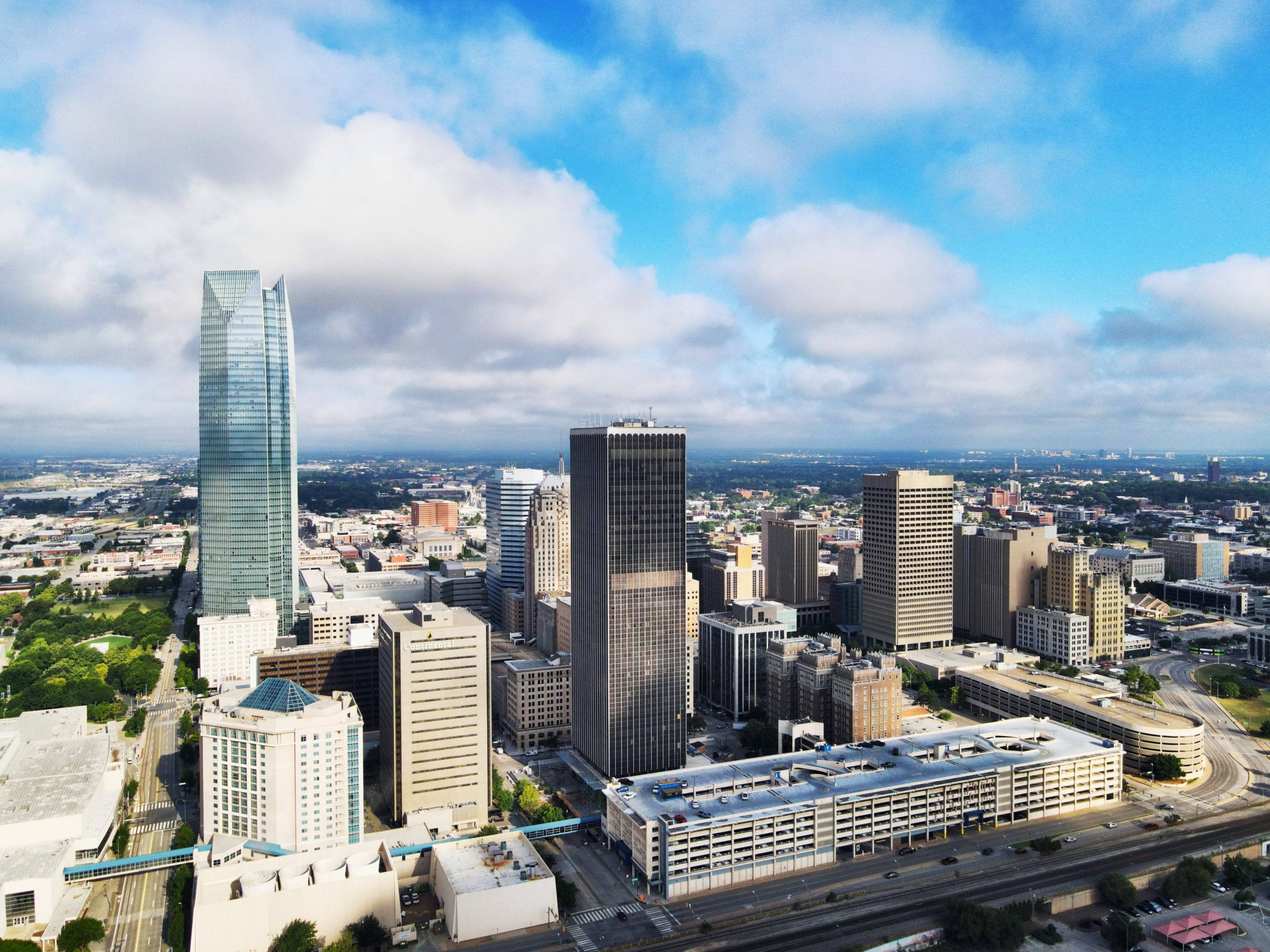 OKLAHOMA CITY – The Oklahoma Foundation for Excellence, a statewide charitable organization that recognizes and encourages academic excellence in Oklahoma’s public schools, has announced the addition of 12 new members to its Board of Trustees.

Three of the new trustees – Butler, Chang and Kendrick– received Oklahoma Foundation for Excellence Academic All-State Awards when they were high school seniors.

“It is our honor to welcome such exemplary community leaders to our Board of Trustees,” said Jami Rhoades Antonisse, president of the Oklahoma Foundation for Excellence. “Our foundation and our work on behalf of public education in Oklahoma will be strengthened by their talents and contributions.”
One of the keys to the foundation’s success is the leadership of its 180 trustees. They are leaders in business, education and public service who represent every region of the state and help promote the foundation’s mission and its programs.

The Oklahoma Foundation for Excellence was founded in 1985 by then U.S. Sen. David L. Boren to strengthen support for public education in Oklahoma. Through its flagship Academic Awards Program, the foundation has presented more than $5.1 million in cash awards to honor outstanding public school students and educators. Through its Oklahoma School Foundations Network, the foundation provides training and networking opportunities to more than 200 public education foundations across the state.

Among its other initiatives, the Foundation for Excellence coordinates a summer fellowship program to send Oklahoma fifth- and eighth-grade teachers to the Colonial Williamsburg Teacher Institute. Through its statewide mentoring initiative, the foundation supports the development of quality youth mentoring as a positive step toward academic success.

The foundation partners with the national Fund for Teachers and the Tulsa Community Foundation to provide grants for self-designed summer professional development opportunities for teachers in locations around the world. The foundation recently completed the pilot phase of its Teachers of English Learners Project, an online learning and networking platform to support classroom teachers in elementary schools with high enrollment of English Learners. The platform is now available free to teachers statewide through the State Department of Education.

Since 1987, the Oklahoma Foundation for Excellence and its partners have invested more than $12.6 million in teacher grants, scholarships and awards directly benefiting Oklahoma public school teachers and students.

(EDITORS: New trustees are listed below by hometown.)

EDMOND — Casey Gilliam is a former public school teacher turned interior designer. After a 10-year period living in California, she and her husband now reside in Edmond where their three children attend Edmond Public Schools. Gilliam serves on the Parent-Teacher Organization board of her children’s school and is looking forward to serving on the Oklahoma Foundation for Excellence Board along with her father, longtime board member Ken Fergeson.

OKLAHOMA CITY – Stephen G. Butler is the assistant dean for Advancement and External Relations at Oklahoma City University School of Law. He previously served as director of the Law Associates annual giving program at Pepperdine University School of Law in Malibu, Calif. He has been active in mentoring programs and coordinated the Omega Educational Foundation’s Youth Leadership Conference and the Street Law Academy to educate young men on their constitutional rights. Butler was honored by the Oklahoma Foundation for Excellence as an Academic All-Stater in 1997.
Dr. Sonja J. Hughes serves as vice president of Strategy and Service Excellence at Aetna. Prior to joining Aetna, she was the executive medical director for the Federal Employee Program at Health Care Service Corporation. She is a board-certified OB/GYN who practiced for over 20 years before changing the focus of her career to include health care quality improvement. She is a member of the Health Care Business Diversity Council and is co-executive sponsor for the Diversity Mentorship and Sponsorship Program. She is active in state and national medical associations and a member of the Oklahoma Black Physicians Alliance.
Sheryl Lovelady is executive director of the Oklahoma Afterschool Network, which expands learning opportunities for at-risk children. She is also executive director for the Oklahoma City Housing Services Redevelopment Corporation. Her past experience includes positions with the Oklahoma State Senate, a statewide political caucus, a Washington political research firm, the City of Tulsa, and the Women’s Leadership initiative at the University of Oklahoma. Lovelady is a graduate of Leadership Tulsa, the Department of Corrections Leadership Academy and the US Department of Defense JCOC leadership program. She has served on numerous boards, particularly those focusing on women, children and education.
Marion Paden is president and CEO of Leadership Oklahoma. A licensed professional counselor, she has worked as vice president for student services at Oklahoma City Community College for more than 20 years. Paden has served on the boards of many state and national organizations, including the College Board, American Red Cross, Oklahoma All Sports Association and Junior League. She is a member of Leadership Oklahoma, Leadership Oklahoma City, Economic Club of Oklahoma and the Rotary Club of Oklahoma City. During Paden’s tenure as president, the Oklahoma City Rotary Club became the world’s largest Rotary Club.

SAPULPA – Jennifer Dilley is a senior vice president and chief strategy officer for American Heritage Bank of Sapulpa. She is a member of the Oklahoma Bankers Association and active in the Sapulpa Chamber of Commerce and Sapulpa Main Street.

STILLWATER – Mike Boynton is head coach for the Oklahoma State University men’s basketball team. Academics are at the heart of Boynton’s philosophy. In four years, Boynton has 11 Academic All-Big 12 selections, including a school-record five honorees in 2021. In 2020, the team earned the National Association of Basketball Coaches Team Academic Excellence Award after recording the second-highest team GPA in school history.

TULSA – Annie Chang is a story lead and content strategist for Gitwit, a Tulsa creative marketing and product agency. After earning her journalism degree from Northwestern University in 2013, she worked as a television news reporter in South Bend, Ind., and in Tulsa. Chang serves on the Tulsa Ballet Board of Directors and Emergency Infant Services’ Young Professionals Board. She is a volunteer for Poetic Justice, a restorative writing and creative arts program serving women who are incarcerated. Chang is a 2009 recipient of the Oklahoma Foundation for Excellence Academic All-State award.

Michael Epps is vice president of Network Management for Zayo, a Colorado-based company providing communications infrastructure to some of the world’s leading businesses. With over 25 years in the telecommunications industry, Epps established his career at Worldcom and later transitioned to Level 3 Communications before joining Zayo in 2010. He promotes workplace diversity as a member of Oklahoma Women in Technology. Epps is active in the Tulsa community, serving on the board of Birthright Living Legacy and supporting James Mission and Tulsa Parent and Child Center.

Melvin R. Gilliam Sr. is a business development officer for SpiritBank of Tulsa. He serves on the Board of Directors of KIPP Tulsa Public Charter Schools, the Oklahoma Former NFL Players Chapter Board and the City of Tulsa Financial Literacy Board. He is also active in the Oklahoma State University Inclusion and Diversity Committee.

Dr. David Kendrick chairs the Department of Medical Informatics and serves as assistant provost for Strategic Planning for the University of Oklahoma Health Sciences Center. He is the principal investigator and CEO of MyHealth Access Network, Oklahoma’s non-profit Health Information Exchange. Kendrick is board chairman of the National Committee for Quality Assurance and a board member for the Strategic Health Information Exchange Collaborative. He was honored by the Oklahoma Foundation for Excellence as an Academic All-Stater in 1990.

Jennifer Loren is an Emmy Award-winning filmmaker and director of the Cherokee Nation Film Office and Original Content. She served as a television news anchor, producer and investigative reporter before joining Cherokee Nation Businesses in 2014. She is co-creator of the acclaimed docuseries “Osiyo, Voices of the Cherokee People.” She is active in many journalism and film associations and serves on the Tulsa Mayor’s Commission on the Status of Women. She is a member of the Booker T. Washington High School Foundation for Excellence and the Eliot Elementary Parent-Teacher Association Board. 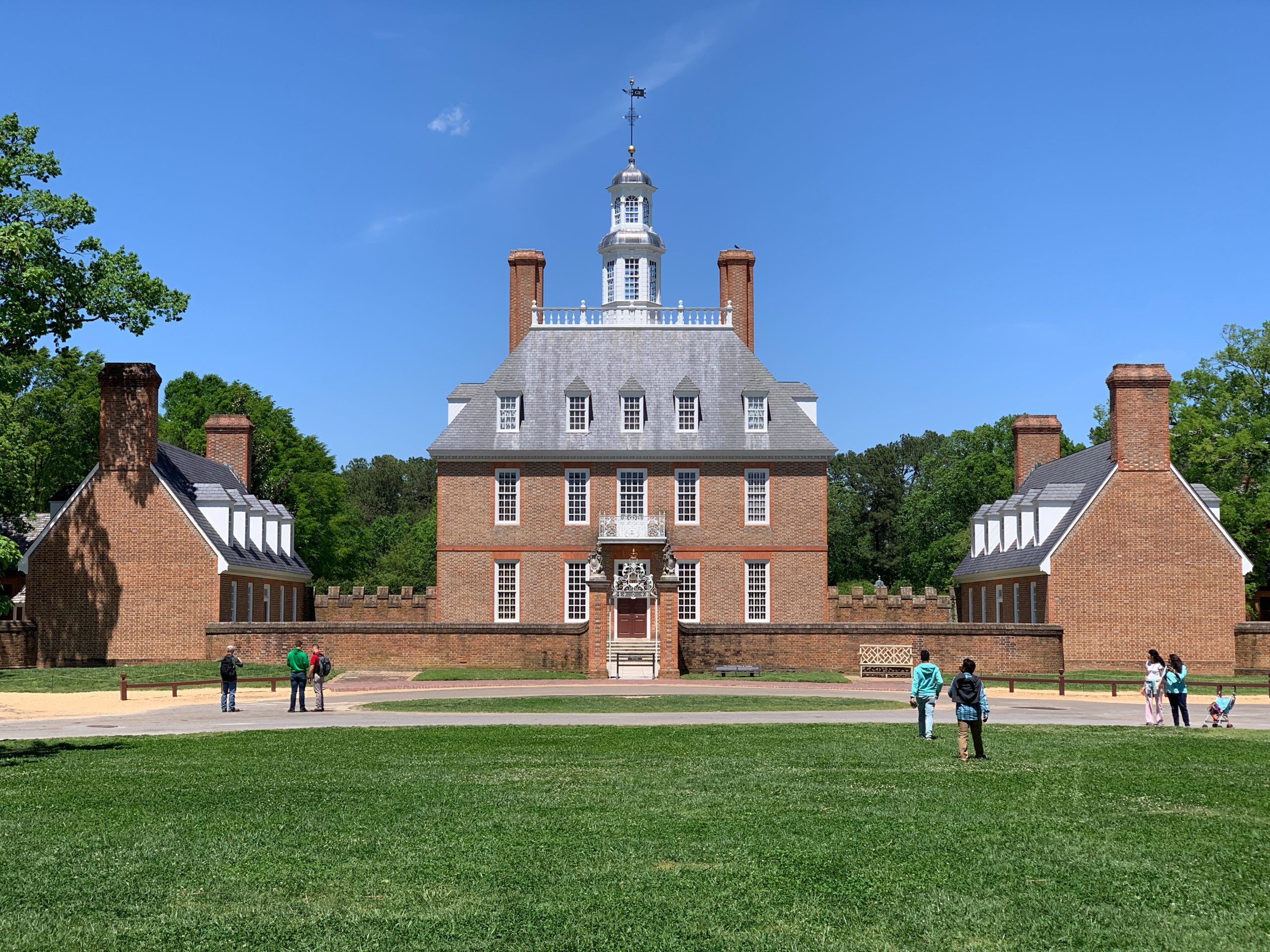 The Oklahoma Foundation for Excellence coordinates the selection of Oklahoma teachers to participate in the renowned teacher institute. Applications are being accepted through an online portal at www.ofe.org. Applications must be submitted by midnight on Feb. 1, 2022.

The fellowships cover all program activities, airfare, lodging and most meals. Each teacher also receives a $300 stipend for classroom materials. While in Colonial Williamsburg – the world’s largest living history museum – Oklahoma teachers will have the opportunity to meet character interpreters of 18th-century people and be immersed in early American history through hands-on activities and reenactments of historic events. Participants also will meet daily with a Master Teacher to discuss interactive teaching techniques and develop creative lesson ideas based on their experiences.

“No textbook can replace the inspiration and knowledge gained by walking in the footsteps of early Americans, both famous and ordinary,” said Teacher Institute alumna Linda Goodnight of Wewoka. “Visualizing George Washington and his troops at Surrender Field, debating in the very courtroom where Thomas Jefferson and Patrick Henry pled the cause of liberty, and learning to make rope by hand in Jamestown colony will ignite my teaching – and my students – forever.

“The Colonial Williamsburg Teacher Institute is by far the finest, most comprehensive teacher training I have ever attended,” Goodnight added.  “I am a better American and a better teacher because of it.”

Oklahoma’s fifth-grade teacher institute is open to fifth-grade social studies/history teachers and resource teachers, such as school librarians or gifted-talented teachers, who plan to teach U.S. history in their schools in 2022-2023. Their sessions will focus on the daily life of colonial Virginians and the transition from subject to citizen that occurred during the Revolutionary War period. Teachers will be immersed in content and hands-on activities that highlight the stories of the people who lived and worked in 18th-century Williamsburg.

Oklahoma eighth-grade classroom teachers who will teach U.S. history as part of their social studies curriculum can apply for fellowships to attend the Teacher Institute’s program for secondary teachers. Their sessions will examine how the concept of American identity began in the colonial period and continues to evolve and transform with each generation. Through inquiry-based analysis of primary sources, teachers will explore how that identity influenced American citizens to shape and change the Republic through the 1860s.

The fellowships are available to public and private school teachers. The Teacher Institute requires participants to be fully COVID-19 vaccinated prior to attendance. Participants are asked to share materials, skills and experiences with fellow teachers through two workshops or in-service programs upon their return from the institute.

The Oklahoma Foundation for Excellence has coordinated Oklahoma’s participation in the Colonial Williamsburg Teacher Institute since 1993. The program is made possible through the leadership and support of the late Oklahoma City businessman Edward C. Joullian III, who was an active supporter and former board member of the Colonial Williamsburg Foundation. Joullian was also a trustee of the Oklahoma Foundation for Excellence, a nonprofit organization that recognizes and encourages academic excellence in Oklahoma’s public schools. Joullian’s family, along with a group of loyal donors, continues to support the fellowship program, which has served more than 880 Oklahoma teachers.

For more information, visit the Oklahoma Foundation for Excellence website at www.ofe.org or call Brenda Wheelock at (405) 236-0006, Ext. 11 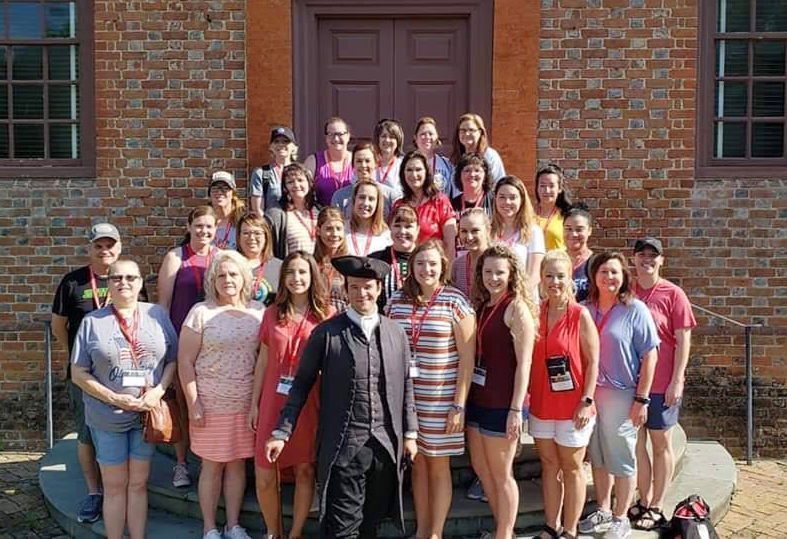