James Madison: Father of the Constitution

Join James Madison, father of the Constitution and fourth president of the United States, as he discusses the social, political and philosophical concepts of the revolution and how they continue to impact the modern world. Converse with Madison and learn how he was an agent of change, and how you can be, too.

About Bryan Austin
Austin is an actor, writer, director and storyteller who has been a part of the Colonial Williamsburg family since 2012. Beginning as an orientation interpreter, greeting guests and assisting them in wayfinding, Bryan pursued a diverse collection of roles and responsibilities before finally being selected to portray James Madison and joining the Nation Builder department in 2014. He has been interviewed by TIME, presented before Supreme Court justices and congressmen, and reached countless students across the country with his presentations. In his spare time, he is a freelance writer, author, and audiobook narrator for students with learning disabilities.

Session Moderator: Rachel Honchul is a coordinator and trainer with at the Bob and Marion Wilson Teacher Institute of Colonial Williamsburg. 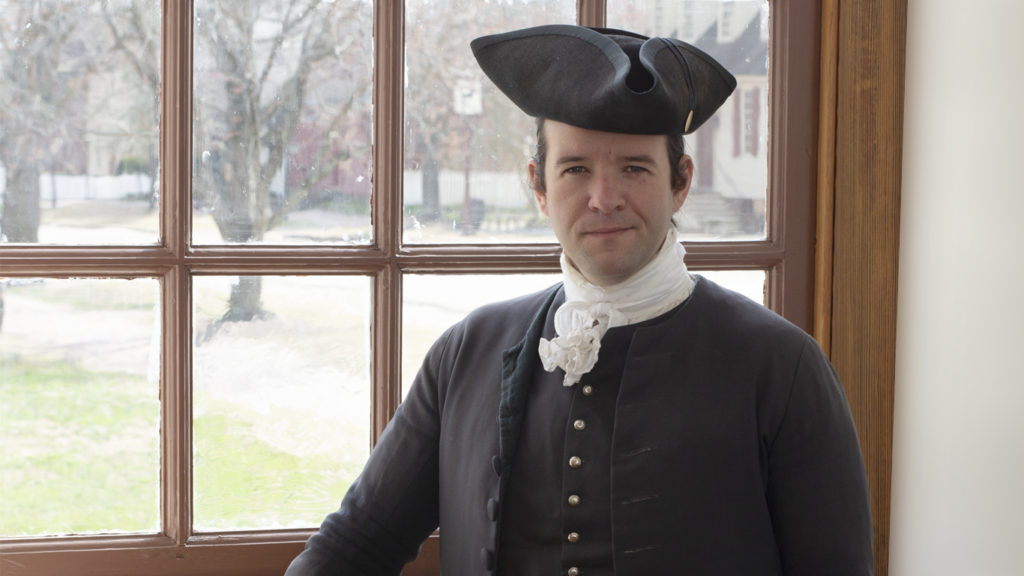 B. Who Were the Founders?
https://resourcelibrary.history.org/sites/default/files/WhoWeretheFounders.pdf

In 1787, twelve of the thirteen states sent delegates to a “Grand Convention” to discuss the weaknesses of the existing frame of government, the Articles of Confederation. Soon the delegates were framing a brand-new government. These 55 men planned out and wrote the Constitution, the document that governs the United States today. But who were these men who created the framework for our nation? In this lesson, students read biographies of selected attendees of the Constitutional Convention. Students take turns impersonating the people from their bios and interviewing each other for the job of framing the Constitution. Then they discuss the qualifications and demographics of the men commonly called the founders.

Witness the conflict and compromises that accompanied the ratification of the U.S. Constitution. Join young 18th-century observers, unseen by convention delegates, as they travel from state to state tallying the vote. Learn about the ratification process and Americans’ growing interests in their fledgling nation’s new government.

D. The Balance of Power
https://resourcelibrary.history.org/node/3

Presidents, members of Congress, and Supreme Court justices from the past two centuries compete in a baseball game unlike any you’ve ever seen. Discover how the rules laid out in the U.S. Constitution preserve the balance of power between the three branches of the U.S. government: the executive, legislative, and judicial.

This lesson set is intended to provide educators with the materials they need to integrate civics instruction into the social studies or multi-subject classroom. The lessons cover the basic concepts of American citizenship and government, and the introductory materials (History-Based Discussion Prompts and Biographies of Citizens in Action) are written in student-friendly language and can be used to introduce or extend learning following each lesson.

In this lesson, students will study the life of James Madison. They will learn about why he is called “The Father of the Constitution,” his views on the Bill of Rights, his remedy for the problem of factions in a democratic republic, and much more.