Winner of the Oklahoma Medal for Excellence in Elementary/Secondary Administration 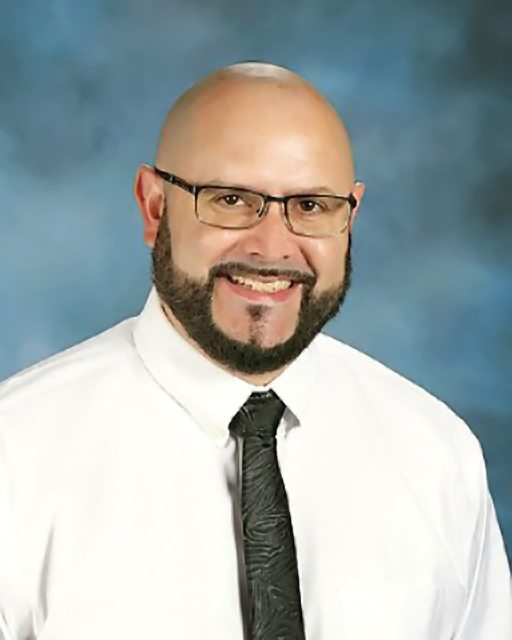 The winner of the Medal for Excellence in Elementary/Secondary Administration is Scott Allen, who has served as principal of Monroe Elementary School in Enid since 2015. Through a transformational growth mindset and series of new initiatives, Allen led Monroe from being an underperforming school to a school of champions.

“When Mr. Allen became principal, he took over a school with a failing grade from the state,” said teacher Pam Seigel, noting that most Monroe students come from low-income families and are often learning to speak English. “Using new programs, intervention strategies and professional development for staff, Monroe became a B+ school!”

Allen instituted weekly Professional Learning Community meetings of school staff and screened the academic performance of each student to “laser focus” strategies for meeting the academic needs of each student. He introduced a new reading curriculum for Pre-K through third-grade students to sharpen phonics skills and participated in a Penpal-a-Principal initiative to encourage reading and writing. Recognizing the high number of students who have endured painful experiences, Allen guided Monroe to become a trauma-informed school through extensive staff training. “When a child is not ‘blooming,’ we don’t try to change the child,” Allen said. “We provide a safe environment where the child can flourish.”

Allen also set out to change school culture and instill a belief in teachers and students that Monroe could reach great heights of success. He started holding daily inspirational assemblies – complete with singing, dancing and call-back affirmations – to help students develop a champion mindset and believe they can overcome life’s obstacles. “His inspired leadership has influenced many of my fifth graders to become positive role models in the school,” said teacher Traci Conrady. “Hope is the message that enables us to go beyond our limitations – as if being a champion were our calling.”

Allen has developed many community partnerships, but the most impactful has been with the 33rd Squadron at nearby Vance Air Force Base. The airmen enthusiastically participate in school assemblies and mentor and read to students. For his leadership, the Squadron recognized Allen as an Honorary Commander.

“The students at Monroe know Mr. Allen cares for them and wants them to succeed,” Seigel added. “In turn, they care about Mr. Allen. It is evident by all the high fives and hugs he receives walking down the hall.”

< Back to Medal for Excellence Winners page