James Lafayette was an enslaved man who served as a spy for the Marquis de Lafayette during the American Revolution. Take a front row seat to their reunion when the Marquis returns to America 40 years later and talks with James. Listen in as the two catch up on their lives and answer your questions. How did the Revolution that brought them together affect the next four decades of their lives and their countries?

About Stephen Seals
Stephen Seals, who portrays James Lafayette, began his professional career as a freelance actor traveling the country performing and directing theater for 14 years before being hired by the Colonial Williamsburg Foundation. He attended Virginia Commonwealth University as a Theater Education major. Stephen spent 10 years teaching theater in the Richmond community and working as an actor, director, stage manager, production manager, and lighting designer. He started working at Colonial Williamsburg Foundation 12 years ago as an Actor Interpreter and was also a supervisor of the unit for three years before becoming the Manager of Program Development for African American and Religion Interpretation. In addition to his position as Manager of Curated Programs, Stephen currently portrays Nation Builder James Lafayette.

About Mark Schneider
Mark Schneider was born to a French mother and American father and raised in Setauket, New York. He attended Christopher Newport University and received a BA in history. After completing his studies, Mark joined the U.S. Army and served as a Cavalry Scout and participated in the NATO deployment to Bosnia-Herzegovina from 1995 to 1996. After finishing his service, Mark came to the Colonial Williamsburg Foundation, where he has performed in a variety of roles and programs. As a Nation Builder, Mark predominantly portrays the Marquis de Lafayette. He has also appeared internationally as Napoleon Bonaparte in France, Germany, Russia, Italy, Austria, the Czech Republic, and Belgium. In addition to these portrayals, Mark has worked in the film The New World, HBO’s John Adams and AMC’s TURN: Washington’s Spies series, and assorted historical documentaries.

Session Moderator: Rachel Honchul is a coordinator and trainer for the Bob and Marion Wilson Teacher Institute of Colonial Williamsburg. 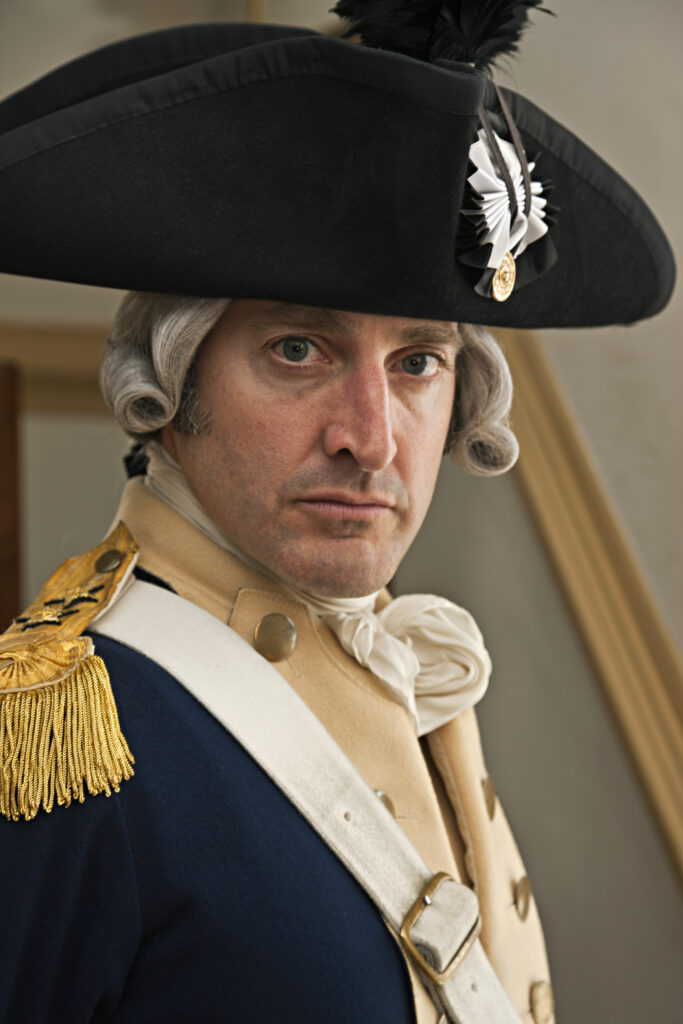 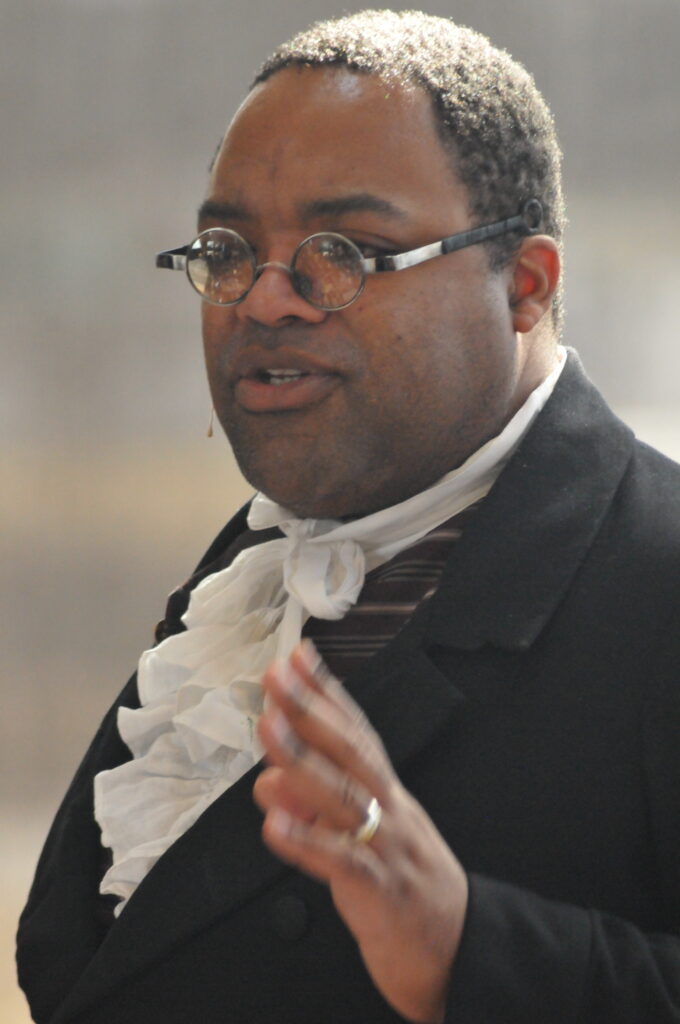 A.  In the General’s Secret Service Electronic Field Trip
https://resourcelibrary.history.org/node/240

To win a war, the military must keep its secrets, and in every war, spies risk their lives to uncover those secrets. Learn about British and American spies and the secret war of the American Revolution.

Explore the story of the key turning point in the Revolutionary War. Follow the people who converged on the village of York in October 1781: the military leaders, common soldiers, and civilians whose lives were changed forever by the siege. Learn why Yorktown was the place where American independence was finally secured.

A Conversation with James Armistead Lafayette

James Armistead Lafayette was born an enslaved Virginian in New Kent County and won his freedom for his service as a double agent during the American Revolution.

Join General Lafayette in Williamsburg, Virginia, in 1824 as he answers questions about his life and experiences.

E. James Armistead Lafayette: A Fight for Freedom and Equality

In a partnership with the Virginia Museum of History and Culture, the John Marshall Center has created a set of lesson plans to complement the VMHC’s exhibition, “Determined: The 400-year Struggle for Black Equality.” This is lesson 1: James Armistead Lafayette. Students will be able to explain why the involvement of African Americans in the Revolutionary War illustrates the contradiction of the words, “all men are created equal” contained in the Declaration of Independence.

A Spy Called James: The True Story of James Lafayette Revolutionary War Double Agent by Anne Rockwell shares the little known true story of the great service and sacrifice of a man whose dedication to the fight for liberty helped alter the war. Click HERE for the lesson plan.