Oklahoma fifth-grade teachers are invited to register their classes for Virtual Colonial Days, a series of early American history webinars presented by the Oklahoma Foundation for Excellence. Teachers can register online through Jan. 17 at www.ofe.org.

“Agents of Change: Promoting Civil Discourse and Action” is the theme of the Zoom webinar series, which will focus on the importance of civil discourse and the role it plays in creating positive change in democracy. Students will meet people of the past to learn about problems they faced and steps they took to make positive change. Students will be challenged to consider how they can be problem-solvers, have civil discussions and be agents for change in their own communities.

Following the series, students will be invited to participate in a literature contest reflecting on how they, too, can be agents for change in their communities. Virtual Colonial Days is part of the Early American History Programs sponsored by the Oklahoma Foundation for Excellence, a statewide nonprofit that recognizes and encourages academic excellence in Oklahoma’s public schools. The foundation also administers scholarships for fifth and eighth-grade teachers to attend the Colonial Williamsburg Teacher Institute and has co-sponsored Colonial Day at the State Capitol, a hands-on history education event for fifth-graders.

Last year, more than 5,700 Oklahoma students and teachers participated in Virtual Colonial Days webinars, which began as an educational outreach program during the pandemic. In a post-event survey, teachers indicated they wanted the program to continue – even after the pandemic is over.

“There weren’t many opportunities for authentic learning last year due to the pandemic,” said Aimee King of Shaweee, a 2021 program participant. “This was a chance for students to have engaging lessons and reinforce skills they learned in the classroom.”

Fairview teacher Kim Larsen said the historical presentations were very realistic. “Every one of my students finished the series knowing something they didn’t know before.”

Virtual Colonial Days is made possible with support from Oklahoma Humanities and the National Endowment for the Humanities, the Colonial Williamsburg Foundation, George Washington’s Mount Vernon Estate and Gardens, the National Society of the Colonial Dames of America in the State of Oklahoma, the Oklahoma Society of the Daughters of the American Revolution, Larry and Diana Brown, and Charles L. Oppenheim. Teresa Potter, an instructional coach for Putnam City Schools, serves as project director for Virtual Colonial Days. 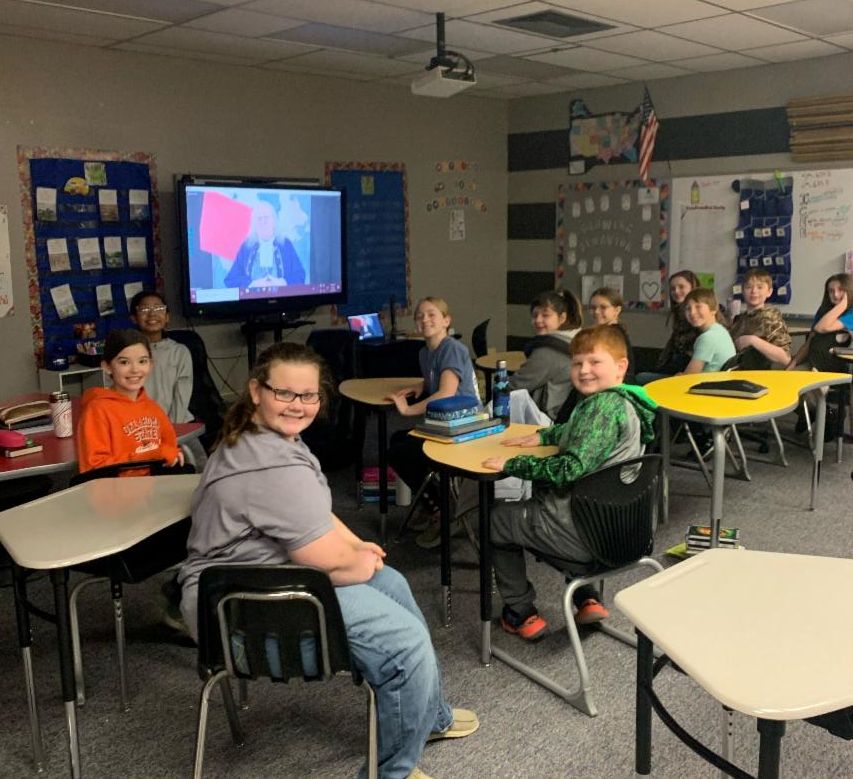 Arnett fifth graders, shown here Zooming with Benjamin Franklin, were among more than 5,700 participants in Virtual Colonial Days, a webinar series bringing interactive historical presentations to classrooms throughout Oklahoma. Applications for the 2022 webinar series presented by the Oklahoma Foundation for Excellence are now open here.